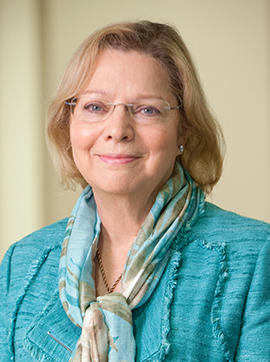 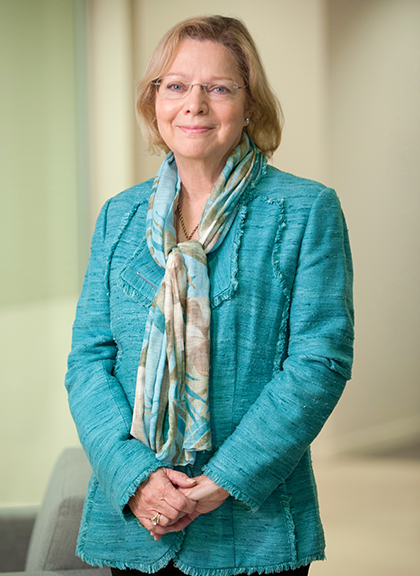 “Whether I’m representing my clients on Capitol Hill or before the IRS, creating individually designed retirement plan designs, estate plans or administering estates, my goal is to maximize and preserve my clients’ hard-earned wealth in the present and the future. I value my role as a counselor to individual clients, but the best part of my job is when I’m able to advise families across multiple generations.”


Paula Calimafde chairs the firm’s Retirement Plans, Employee Benefits and Government Relations practice groups and is also a senior member of the Estate Planning, Tax and Nonprofit groups. She has more than 35 years of experience advising companies and tax-exempt organizations on qualified and non-qualified retirement plans and employee benefits, including non-qualified deferred compensation, welfare benefit and cafeteria plans. She is a nationally recognized leader in the field of creative retirement plan designs for businesses and works closely with management and owners to prepare retirement plans, which suit the particular corporate needs.

A longtime legislative advocate for businesses in the Federal tax and employee benefits arena, Paula is the current chair, past President and a member of the Board of Directors of the Small Business Council of America (SBCA). The SBCA is the only national non-profit organization that has represented the interests of privately owned businesses exclusively in the Federal tax, retirement, health care and employee benefits areas for the past 38 years.

Paula has served as a director of the Small Business Legislative Council since 1992. The SBLC is a 35 year old permanent, independent coalition of over 50 trade and professional associations that share a common commitment to the future of small business. SBLC members represent the interests of small businesses in such diverse economic sectors as manufacturing, retailing, distribution, professional and technical services, construction, transportation, and agriculture. SBLC policies are developed by consensus among its membership. Paula was the Chair of the SBLC in 2010 and in 2014 was asked to become the President and General Counsel of the SBLC, two positions she still holds.

Her ability to analyze and explain complicated tax issues has earned Paula invitations to speak and present to groups throughout the region and around the country. She has made presentations with outlines for national, regional and local associations, including the American Bar Association, ALI-ABA, Corbel, BNA, U.S. Chamber of Commerce, IRS Employee Benefits Conference, the American Society of Association Executives and the American Society of Pension Professionals and Actuaries, as well as numerous state and local Bar Associations, CPA Associations and Estate Planning Councils. She has lectured on such topics as “Insider’s View of Washington – Update on Recent and Pending Tax Legislation,” “The ABCs of Choosing a Pension Plan – Whether and What Kind of Plan to Adopt from a Small and Large Employer Perspective,” “New Retirement Plan Designs, Including the Cross-Tested Plan,” “Methods of Dealing with Large Retirement Plan Accumulations” and “The 3 P’s of Pensions – Protecting Assets after the Bull Market, Plan Selection and Plan Distribution.”

In 2000, she was selected as a Charter Fellow of the American College of Employee Benefits Counsel, a non-profit organization dedicated to elevating the standards and advancing the public’s understanding of the practice of employee benefits law and recognizing the achievements of distinguished employee benefits attorneys. In 2007, Paula was elected as a Fellow to the American College of Tax Counsel, a non-profit association made up of tax lawyers who are recognized for their excellence in tax practice and for their substantial contributions and commitment to the profession. The Tax College is composed of approximately 700 Fellows who have been chosen by their peers in recognition of their outstanding reputations and contributions in the field of tax law. In 2008, Paula was selected as a Fellow to the American College of Trust and Estate Counsel, a non-profit association whose members are elected to the College by demonstrating the highest level of integrity, commitment to the profession, competence and experience as trust and estate counselors. Being a member of all three Colleges places her in a very select group of attorneys throughout the nation.

Paula has been nominated by her peers as a Super Lawyer in Maryland and Washington, D.C. every year since 2007. She has also been selected to the Best Lawyers in America list for her work in Trusts & Estates each year since 2014. In 2013 Paula was interviewed on Executive Leaders Radio for a piece on Profiles in Success: Inspiration from Executive Leaders in the Washington D.C. Area.

Paula has been directly involved in the shaping of Federal retirement plan and employee benefits law. She has testified on multiple occasions before Congressional Committees, including the Senate Finance Committee and the House Ways and Means Committee, on such topics as “Private Retirement Plans and Oversight of the Internal Revenue Service,” “Pension Access and Simplification Issues,” “Cross-Tested Retirement Plans,” “Impact of Capital Gains Taxes on Business Owners,” “Increasing Savings for Retirement” and “Enhancing Retirement Security.” Paula has worked closely with key members of Congress with respect to most of the major pieces of legislation affecting retirement plans. She has participated in numerous roundtable discussions held by the White House on health care issues, the House Small Business Committee and the U.S. Small Business Administration Chief Counsel of Advocacy on retirement plan issues. In 1986, she was elected at the Maryland State Conference to serve as a delegate to the White House Conference on Small Business. She was subsequently appointed to serve as one of 11 National Commissioners of that year’s White House Conference on Small Business. She chaired the Payroll Costs session, which covered qualified retirement plans, employee benefits and social security, among other issues. In 1995, Paula was appointed by the White House to serve as a Presidential Delegate at that year’s White House Conference on Small Business. In that capacity, she was instrumental in drafting and promoting many of the recommendations in the tax and employee benefits area, which were included in the top 20 recommendations voted out of that conference.

Paula was appointed by the Majority Leader of the United States Senate, the Honorable Trent Lott, to participate in the 1998 National Summit on Retirement Income Savings. Since 2003, she has served as a member of the IRS Determination Letter Liaison Group.