The change may discourage retirement savings, according to Paula Calimafde, chair of the Small Business Council of America and a principal at Paley Rothman. Many small-business owners who want to protect their children’s financial interests through their own IRAs, which the children would then inherit, may freeze contributions or end them, and invest that money in more tax-advantageous vehicles.

Small-business owners often plan for their own retirement by investing in their company's retirement plan, since they usually cannot depend on the business being sold, Calimafde told Law360.

“By taking away the stretch IRA, you’ve taken away an incentive from the owners to continue saving in the plan,” Calimafde explained.

“Based upon my experience, I believe that if older small-business owners had knowledge about this change 10 or even five years ago, they would have stopped or cut back on their retirement plan contributions,” she said. “Instead, money that would have been contributed into the plan for themselves and their employees would have been taken out and put it into more favorably taxed assets, which would be accomplished by freezing or terminating their businesses’ [retirement] plans.”

For example, she said, if a small-business owner is 65, plans to work for another five years and already has $500,000 in an IRA, under the new rules a nonspouse beneficiary would have to take the IRA distributions within 10 years of the owner's death, which is not a desirable tax consequence. As a result, that business owner may decide $500,000 is enough money to have in the IRA, end or freeze the company's retirement plan contributions, and put the business's saved money into other investment vehicles such as insurance products or other assets that would have a step-up basis when inherited by a child or grandchild, she said.

Under current law, Calimafde said she would advise small-business clients that they cannot have too much money in their retirement plans because the income tax that a beneficiary would have to pay would mostly be covered by the tax-free compounding, which essentially works as a safety net. But if the SECURE Act is passed, Calimafde said, she could no longer encourage her small-business clients to maximize retirement money and instead would recommend that they end or freeze contributions, which means the company's employees would lose out.

The full article, "Stretch IRA Limits May Put Damper on Small Biz Plans," can be found on Law360.com (subscription required).

Paula Calimafde is chair of the firm's Retirement Plans, Employee Benefits and Government Relations practice groups and is also a senior member of the Estate Planning, Tax and Nonprofit groups.

A young Mexican-American girl named Sylvia Mendez was at the center of the famous Mendez v. Westminster case from 1947, which led to the desegregation of schools for Latino... 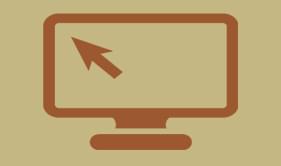